The future for SMSFs 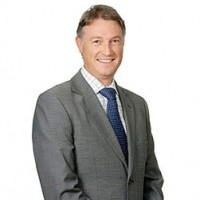 The future for SMSFs

I have long held the view that the last 15 years have been golden ones for the SMSF industry.  But my attitude stems from a structural opinion rather than simply capitalising on the fantastic growth the industry has enjoyed.  The attitudes of accountants and clients have made a fundamental shift from considering SMSF’s as nothing more than a tax planning tool, to collectively treating their SMS’s as a structure in which to accumulate real wealth of a sufficient balance to fund the lifestyle they aspire to once they retire.

I hold real concerns that recent legislative changes and debate around taxation of SMSF’s will devalue the use of our SMSF’s, potentially returning them to a minority player in the world of superannuation.  These issues risk relegating SMSF’s back to the status of tax planning dodge, available to only the rich.  The creation of the LRBA’s (Limited Recourse Borrowing Arrangements), variable tax rates on contributions or earnings, the loss of the accountant’s exemption and the current political debate illustrate my concern.  Large institutions continue to direct all their muscle and power into fighting against the existence of SMSFs , as a direct competitors to their own superannuation offerings.

Recently I attended the SMSF Association (formerly SPAA) annual national conference.  During one of the morning session the presenters made the following pints that I thought worthwhile jotting down and sharing.

David Murray – RBA (Reserved Bank of Australia), CBA (Commonwealth Bank Australia), Head of the Financial System Inquiry was the first speaker.  He made the following points:

Don Russell (second speaker) was an adviser to Paul Keating:

The takeaways he wanted us to observe

She contemplated what superannuation would look like in 80 years

SMSF’s are a fantastic vehicle for the accumulation of wealth to fund retirement.  They offer flexibility and the ability to control your own affairs in a way not available to funds invested with a product offered by one of our institutions.  I only hope current debate and future legislative changes don’t undermine their value to those who are financially astute enough to run their own fund.

David's wealth of business experience and a clear vision for the future has enabled Baumgartner Super to establish itself as a market leader.